Gearlab Greenland paddles? It's time to consider increasing the versatility of your paddle style and kit.

As Mountain & Sea Guides gears up to supply Gearlab carbon fibre greenland paddles in the 2020 season here is an excellent review from James Stone of www.bluesheets.co.uk

Until recently, there seemed to be an established ‘them and us’ attitude between kayakers that used Euro style paddles, that’s to say, paddles with large, oval paddle blades, and Greenland paddles, with long slender blades modelled on traditional Greenland Inuit wooden paddles.

However, recently, more and more paddlers have been checking out the beneﬁts of using a Greenland ‘Stick’ to reduce shoulder strain, improve paddling eﬃciency and make rolling easier, as well as getting a more in-tune feel with the water.

Greenland paddles are traditionally made from wood, but Gearlab, an innovative company based in Taiwan and run by kayakers have started creating some outstanding paddles using carbon ﬁbre and even kevlar.

Having injured my shoulder number of years ago, I’m conscious of damaging it further and liked the idea of trying the Greenland paddle. 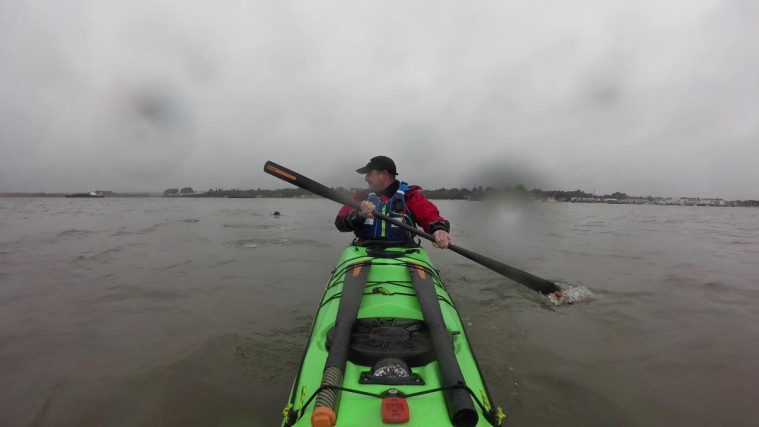 Although somewhat sceptical of the ability for the skinny paddle to provide any meaningful propulsion, I ordered a NUKA paddle, aimed at Greenland beginners, from Gearlab’s website and awaited its arrival.

The package arrived 10 days later, after passing through UK customs (and collecting a UK customs fee - worth remembering) and landed on my doorstep to much excitement.

Unpacking the NUKA, I was instantly struck by the quality. The paddle isn’t formed in halves then glued together, the blades are somehow formed in one piece with no seam or weak spots.

It’s also light. Very light. The paddle shaft/blade is hollow which keeps the weight down. It also makes it pretty buoyant, which is a great help for rolling and bracing.

The two piece paddle has a carbon ﬁbre paddle clip rather than metal so it won’t rust. That, combined with the unique D joint ensures that, once ﬁtted together the paddle feels like a one piece with no play in the joint. Having used it for a month now, I still can't feel any movement. 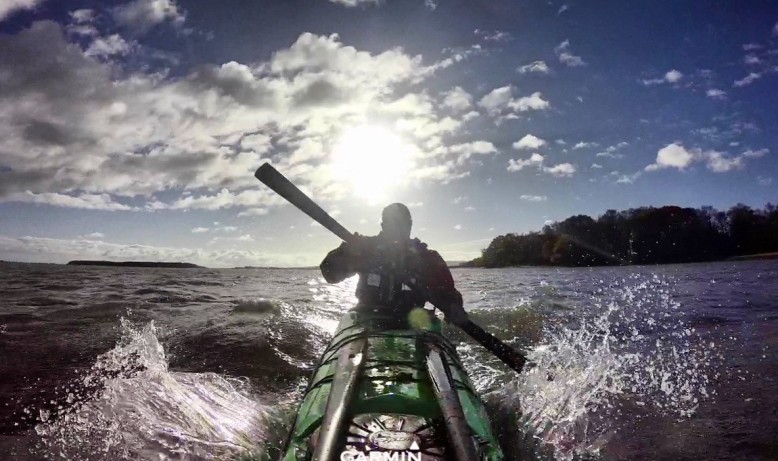 I chose a nice calm day to try the paddle out for the ﬁrst time and, after a few minutes adjusting my grip to get rid of ﬂutter and get used to the slightly diﬀerent blade angle, I set oﬀ for the morning.

Using a paddle with a narrower blade, it was natural to up the cadence as there was less resistance through the water and, as such, the paddle moves more quickly. I found this very comfortable and, after a couple of hours, had none of the usual shoulder fatigue I’d associate with my Euro paddles.

The fact that these paddles were shoulder-less made using, not only the full width of the loom, but also the whole paddle right up to the tip a simple task and great for manoeuvring, sculling and bracing. Had it been warmer, I understand that it also makes rolling a breeze…

After a few hours, I did swap back to my regular paddles to see the diﬀerence but quickly switched back to the NUKA as it felt so much more natural. I had never expected to convert so quickly as I’d heard stories of having to persevere with the new technique for weeks to get used to it.

By day two I didn't even consider my Euro, and opted straight away for the NUKA. I love the way the power is progressive. You can still accelerate quickly by using high angle strokes as you would a Euro, but there isn’t the initial snatch and pull. Everything is smoother.

In rougher water I sometimes found the paddle slightly lacking, at least psychologically, in power but Gearlab oﬀer wider bladed paddles (the KayaKid and Aukaneck) for bigger seas and surﬁng.

Another nice feature (although not present on the NUKA but standard on the rest of the range) are the replaceable paddle tips which mean that a paddle isn’t written oﬀ if you clout it on the rocks.

All in all, this is an outstanding paddle and one which I look forward to using every weekend. 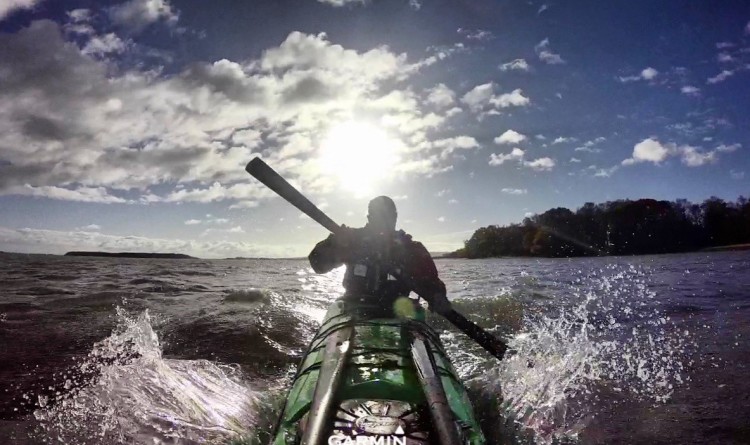 Ignore the hyperbole and Euro paddle prejudice. If you paddle regularly and of any distance, try a set of these paddles and see what a diﬀerence they make. I’m not suggesting that they replace Euro paddles completely, but they do compliment them very well and can, I believe, co-exist in anyone’s paddle repertoire. Personally, I’m a convert and reach for these ﬁrst whilst strapping my Celtics to the foredeck, but I wont be ignoring either set.