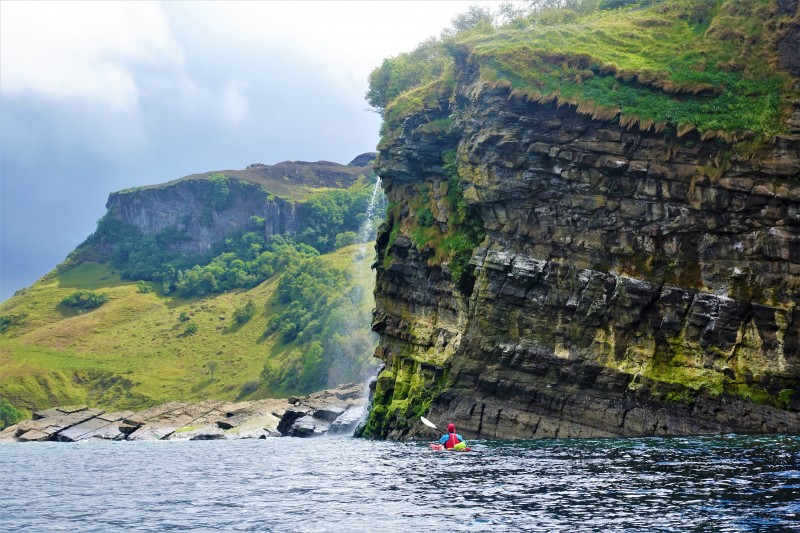 It's been a very busy time since Easter seeing us run just about every type of trip we offer. Everything kicked off in April with lots of half day climbing or sea kayak sessions introducing people at a taster level followed by our ever popular Introduction to Expedition Sea Kayaking. A thorough training day was followed by a two day expedition on Loch Torridon with a one night wild camp. The sea eagles where ever present as we kayaked around Loch Sheildaig prior to dropping in for a coffee at the excellent Nanny's café in the village of Shieldaig. It was an intro after all so not exactly a roughty tufty wilderness trip! 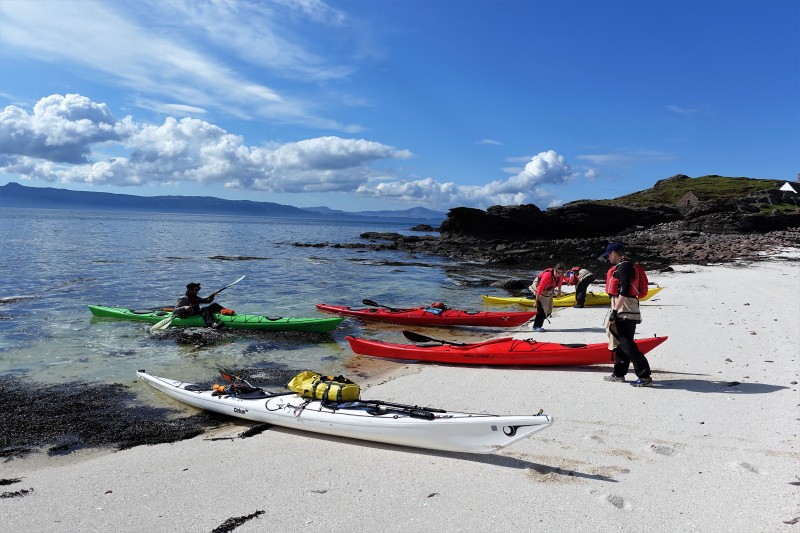 The end of April saw us offering essential rescue training to those paddlers heading beyond the 3 star level and working on skills improvement. A warm start in May allowed some fantastic t shirt paddling during our most popular trip, the Inner Sound kayak expedition. This trip allows beginners or improvers a chance to train fully over 2 days before heading out on a 3 day wilderness camping trip. And what a trip it was. Sunshine, coral sands, seals, otter and porpoises were all in evidence as we headed south from Applecross bay towards the Crowlin islands and Uags point. 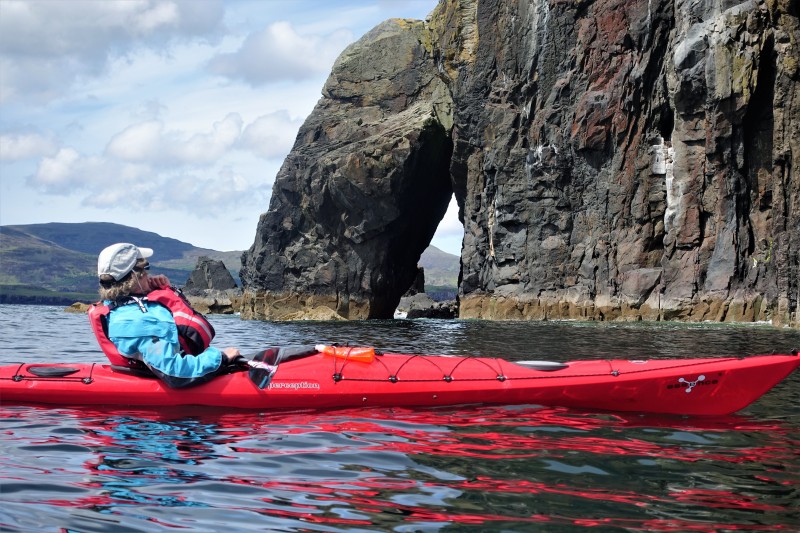 No time to take a breath before we were preparing for our longest Scottish pack and paddle expedition, the Isles of Raasay & Rona kayak expedition. Over 100 km of paddling over 5 days allowed us to visit the Crowlin Islands, Scalpay, Raasay , Rona and few smaller ones besides. The usual plethora of wildlife was present but the sea eagles of Rona stole the show. Particularly the eagle chick (as big as a dog!) who sat on a rock a mere 6 metres from our kayaks while it tried to figure out whether to stay or go. It's parent was there too but flew off in complete disregard of our kayaks.

By late May we found ourselves over on the Isle of Skye exploring the incredible volcanic sea cliffs that dominate the island. Big swells, arches, stacks and coral beaches were dwarfed by the Black Cuillin ridge as we paddled in to Loch Corrie Uisge on the final day. As I write this we have just completed an Introductory kayak weekend as a press/media trip so hoping to feature in some of the national press. The focus for th erest of June and early July is fully on preparation for our next expedition to the Arctic Lofoten islands next week. There's a long summer ahead to look forward to culminating in our annual visit to the Dalmatian islands of Croatia as well as all of the above mentioned trips throughout July to October.