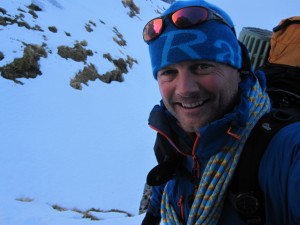 From early beginnings, when Mike’s family moved overseas to South Africa from Edinburgh, he began a life long love of the outdoors.

Surfing, sea kayaking and climbing in Africa, from the age of 6, he returned to Scotland with the family and climbed his first Scottish peaks aged 11. He's never really stopped since and has 36 years of Scottish summer and winter seasons under his belt alongside 25 years of climbing in the Alps, Tatras, Pyrenees and many far flung ranges over the past 35 years. Expeditions to mountains and oceans all over the globe have had one driving common theme - wilderness, a theme that underpins all of the Mountain & Sea Guides trips.

He set up Mountain & Sea Guides in 1995 as a mountain based company and ran the first sea kayak trips in 1997. As well as being one of the first guiding companies to provide dedicated sea kayak expedition experiences for beginners, we were also the first small guiding business to operate high on the mountains and on the sea simultaneously.

Mike has extensive professional outdoor knowledge, qualification and experience of working with a multitude of people. He spent his early years working for the prestigious Outward Bound organisation in the English Lake District as well as a number of other outdoor organisations, amongst very mixed groups of all ages, prior to taking a job with Fairbridge, based in Applecross, working with youth at risk groups in the outdoors. All very challenging, rewarding work where the emphasis was always on individual support and needs.

He had worked for several other organisations all over Europe, freelancing as an instructor,  prior to taking the self employment plunge in 1995 in order to return to Applecross Peninsula to set up Mountain & Sea Guides. Since then he has guided, instructed and safely introduced thousands of individuals in his care to an environment that has been his lifes passion. 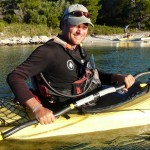 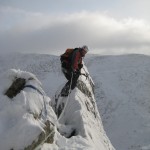 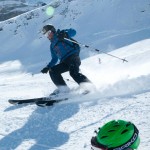 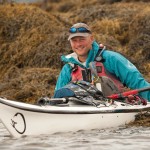 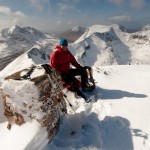 Lyndsey will often be the first person you meet when you con... Read more

Chris joined us in 2010 after working in a number of locatio... Read more

Originally from the Welsh valleys Dai has been in Applecross... Read more